Zied Hakimi isn’t worried about Rebecca Parrot’s missing ring and he’s pushing for an early wedding. Are the red flags waving in the breeze?

With 60 days left on his K-1 visa, 90 Day Fiancé star Zied Hakimi has asked Rebecca Parrott to marry before Ramadan. Season 8 saw Rebecca worrying about Zied getting his visa. Despite his smooth arrival, things have been going haywire in their TLC romance. Since the wedding will be her fourth, 50-year-old Rebecca is being cautious. She’s trying to not rush into marriage as she did with her ex-husband from Morocco. However, in each episode of 90 Day Fiancé, Zied is making things more difficult for Rebecca. She seems to be having second thoughts about him using her for money and a Green Card.

Continue scrolling to keep reading
Click the button below to start this article in quick view.

Georgia native Rebecca was a fan-favorite on 90 Day Fiancé: Before The 90 Days, along with Zied from Tunisia, who is 27. Armed with her many filters, Rebecca chose to disregard her three grown childrens’ advice and fly to Tunis to be with her Facebook discovery, Zied. Back then, Zied asked her to cover up her tattooed arms in public for cultural reasons. Also, she was still married to her ex, which sparked ongoing disagreements. However, the “most romantic moment” of Rebecca’s life (the Sahara desert proposal) followed, and things started looking better for the couple. Then, they had to decide on a date for their wedding.

Over two seasons of 90 Day Fiancé, Rebecca has mentioned how her short-lived third wedding happened before she knew her Morrocan ex well. Her ex Belettar was much younger than Zied, and she said that he had become “a different person” once he got to America after marrying in Morocco. “I knew that I was probably making a mistake doing this, but I still tried really hard,” Rebecca stated after her divorce in July 2019, according to PopCulture. When the former motorbike mechanic realized that he used her for a Green Card, Rebecca left Belattar, who cheated on her while meeting other women in the USA.

The fact that Zied could follow the same path occurred to Rebecca when she saw him talk to the “young hot girl” Hannah Drake, who offered him her truck. Insecure Rebecca promptly warned Zied that women in America are not the same as women in Tunisia, and he promised her that he was not looking for another woman. Rebecca was soon shocked by Zied’s desire to have a wedding before Ramadan. He hadn’t mentioned that before, and he had 60 days left on his visa. Zied claimed that if they were not married, they could not stay together. He knew that Rebecca couldn’t afford to get him another house to live in for a month.

The red flags multiplied during episode 14 when Rebecca lost her engagement ring. Zied, busy with his video games, didn’t even budge as Rebecca frantically searched for her ring. This made Rebecca confess, “The person Zied was in Tunisia is not the person that I’m seeing right now,” which is exactly what she’d said about her Moroccan ex. Furthermore, there have been instances where Rebecca has called Zied out for raising his voice or speaking over her, as her family and friends subject him to “invisible tests.” Is Rebecca’s frustration with Zied a sign of trouble ahead? He will have no job, even after the wedding, and it’s clear that Zied will be dependent on Rebecca financially for a long time.

It was also recently revealed that Zied was a struggling actor back in Tunisia, before becoming a part of 90 Day Fiancé with Rebecca. Could Rebecca be his golden ticket to Hollywood? Zied has already gained fame, lost weight, and gotten what is called the biggest glow-up of 90 Day Fiancé. Therefore, it won’t be difficult for Zied to get gigs on more reality shows, or brand endorsements at the least. (SPOILER ALERT) Considering Zied could be married to Rebecca by now, if he has been using her, that may become clear in time.

Next: 90 Day Fiancé: Zied Appears to Exercise 2nd Amendment On The Gun Range

Wed Mar 24 , 2021
Jamila Riley, owner of J. Riley, which sells crochet fashion and accessories, suffered a tough mental year. Not only did she deal with the impact of COVID-19 on her business, she also lost her son to gun violence. On March 11, 2020, most of the U.S. came to a […] 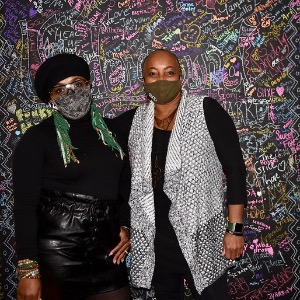