Anyone who has seen Game of Thrones knows that death is a big part of the story. In fact, the show became infamous for how ruthlessly it dispatched fan-favorite characters. And while these unexpected exits could be emotionally effective, they did often leave a significant hole.

The untimely loss of these characters caused fans to consider what might have been if they stuck around longer. These characters brought an interesting dynamic to the show and it felt like they still had plenty more to offer had it not been for their early demise.

Ned Stark is the best example of the show being willing to kill off anyone. For all of season 1, it seemed as though Ned Stark was the obvious hero of the story as the head of the honorable House Stark. But by end of the season, he was dead, and the audience learned a valuable lesson.

Ned’s death was a great way of showing that the good guys were not always going to win in this series. But it was still sad that was all audiences got of this very likable character. It would have been interesting to see him continue to navigate being honorable in a place where honor is a weakness.

Like Ned, Oberyn seemed like someone fans would be able to cheer on for a long time only for him to not even last a full season. His mission of revenge against the Lannisters was just starting to gain traction and he even proved a match against The Mountain. Unfortunately, his arrogance caused him a very gruesome death.

Oberyn was a fun burst of energy on the show. He was charismatic, badass, and hated the Lannisters. It really seemed like he would be a fun anti-hero. His death was one of the most shocking moments on Game of Thrones, but it also made his whole appearance seem a little pointless.

The Wildling, Osha, seemed like a random addition to the show but quickly won over fans. She was rough around the edges but clearly cared about Bran and Rickon a great deal. She disappeared with Rickon in Season 3 only to reappear briefly in Season 6 so Ramsay Bolton could kill her.

RELATED: The Biggest Arguments On Game Of Thrones, Ranked

Osha was an intriguing lone wolf character who was not accepted in Westeros, nor loyal to the Wildlings yet found a home with the Starks. She could have easily remained Bran’s bodyguard rather than of Meera Reed but she was instead discarded in such a disappointing way.

Arya Stark had a lot of teachers in her journey to becoming a warrior, but Syrio Forel was the first. He gave her lessons in “water dancing” and was the one who told her what to say to the God of Death. He was apparently killed by Meryn Trant while protecting Arya.

His eccentric behavior immediately made him stand apart in the show and was a lot of fun to watch. His relationship with Arya was also very sweet without trying too hard. After setting him up as such a badass, it would have been nice to see him have a larger role.

There seem to have been a lot of characters on Game of Thrones who were set up as badass warriors but never lived up to the hype. Barristan Selmy was certainly one of them as he was regarded by many as the greatest fighter in Westeros.

When he joined Daenerys and her campaign, he seemed like he would serve some valuable purpose. However, instead of embracing a legendary warrior character in his old age, the show seemed unsure of how to use him. After hanging around for a few seasons he was killed off with little impact.

It’s always interesting to see when one of the main characters on the show meets their match. In Cersei Lannister’s case, her match was Margaery Tyrell. Margaery was another skilled player in the political games who was able to manipulate people without them even knowing.

Coming up against Cersei obviously put Margaery in danger and she was blown up with the rest of Cersei’s enemies in season 6. Though an epic exit, fans would have been thrilled to see her go head-to-head with Cersei some more.

Jon Snow’s plan to infiltrate the Wildlings was immediately complicated by Ygritte who he quickly fell in love with. Not only did this romance work purely as a relationship storyline, but Ygritte also helped Jon become a more interesting character who realized the world was not as black-and-white as he thought.

Like most Game of Thrones ill-fated romances, this one was doomed. Ygritte’s death was fittingly tragic yet it could have been built up for a while longer. She was such an important figure for Jon yet her time was so brief.

In season 1, Khal Drogo was probably the most feared man on the show. Just the idea of him marrying Daenerys Targaryen terrified Robert Baratheon and there were many tales of his legacy as a warrior. Yet he is another character who never got the chance to prove himself.

His relationship with Daenerys became very loving, but it might have made more sense if he was a villain. Daenerys could have left him and started her own path while he remained a lingering threat for her, giving him the chance to cement his menacing reputation.

The death of Robb Stark at the Red Wedding was devastating but represented such a powerful moment in the series that it’s impossible to think of it happening any differently. But there was one victim of the event fans had hoped would eventually make a return.

Catelyn Stark also died at the Red Wedding in the books, but most fans know she was eventually resurrected and became Lady Stoneheart. Those who knew of this development kept waiting for Stoneheart to appear, but it was one of the many book storylines the show decided not to include.

Game of Thrones has had a fair number of villains over the course of the series. But perhaps the most effective was Tywin Lannister. He was not as cartoonish as some of the other bad guys and seemed to be the smartest person in the show which made him a real threat.

His death at the hands of Tyrion Lannister was certainly memorable, but there was a sense of disappointment to it as well. Tywin would have continued to provide a sophisticated and calculating menace to the series that faded with his exit.

NEXT: Each Main Character’s Happiest (& Saddest) Scene On Game Of Thrones


Next
The Big Bang Theory: 10 Things The Characters Said They’d Never Do (But Did)

Colin McCormick is a Senior Writer with Screen Rant and has been a proud member of the team since 2019. In addition to his work as Screen Rant, Colin is also a writer of News, Feature and Review pieces at Game Rant. Colin has had a long passion and obsession with movies going back to the first time he saw The Lion King in theaters. Along with movies, Colin stays up-to-date on the latest must-see TV shows. While he loves to find interesting projects in any kind of genre, he has a special movie of crime stories that are infused with a little dark humor much like the work of his favorite author, Elmore Leonard.

Sun Jul 11 , 2021
Photo-Illustration: Party of One This article was featured in One Great Story, New York’s reading recommendation newsletter. Sign up here to get it nightly. Christine Smallwood’s recent novel The Life of the Mind — a bleak, funny tour of academia’s outer fringe — offers a lament for the state of […] 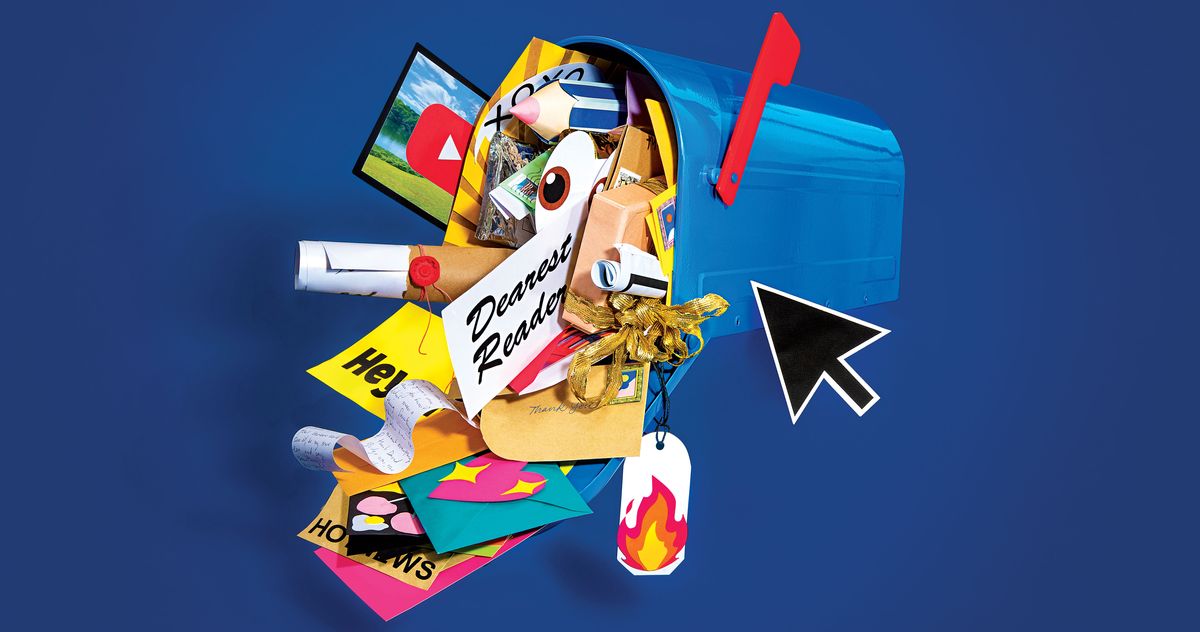